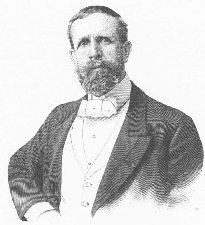 Born and raised in Alabama, Frederick Bridgman became known for his Oriental motif paintings of North Africa, inspired by his teacher Jean-Leon Gerome. However, later in his career he diverged to genre and landscape subjects.

As a young man, he moved to New York and worked as an engraver and studied at the National Academy of Design where he enrolled in 1863.  Three years later, he began a life-long residency in Paris where he became one of the leading and earliest members of the Pont-Avon artists colony in Brittany.  Bridgman studied from 1867 to 1871 with Gerome who encouraged his students to paint exotic historical subjects.

In 1872, he made the first of many trips to Spain and North Africa.  He specialized in Orientalist and archaeological subjects, and his detailed, brilliantly colored, exotic scenes, especially of Algeria and Egypt, brought him tremendous fame and patronage in the 1870s and 1880s.

He became a proficient tennis player, a subject that he sometimes used in his paintings, and was also a poet, violinist and composer of symphonies and orchestral works.  He was the author of Winters in Algeria (1890) and L’Anarchie dans l’Art  stating his position on Impressionism, 1898).

Sources include:
David Zellman, 300 Years of American Art
Peter Hastings Falk (Editor), Who Was Who in American Art