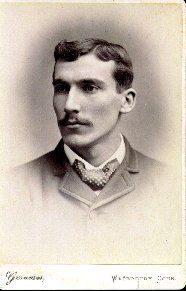 Born in Bristol, Rhode Island, Henry Dearth developed a style of landscape painting that has luminous tonalities, richness in mood, and is closely associated with the work of Homer Dodge Martin. He is most known for his French landscape subject matter, especially the coast of Normandy. In the 1890s, he did a lot of painting on Long Island in East Hampton. He was a collector of Oriental and Near Eastern art, and sometimes incorporated objects from his collection into his paintings.

Dearth received his early training from Horace Johnson, and then studied in Paris at the L’Ecole des Beaux Arts and in the atelier of Aime Morot. In 1887, he opened a studio in New York City and became a member of the Society of American Artists and the National academy of Design.