Henry Dropsy was a pupil of his father Jean-Baptiste Emile Dropsy (1848 – 1923) then of Gabriel-Jules Thomas, Jean-Antoine Injalbert, Frédéric de Vernon, and Henri-Auguste-Jules Patey.  In 1908 he was awarded the second Grand Prix de Rome for engraving in medals. In 1911 he graduated from the École des Beaux-Arts in Paris .

From 1930 and for many years thereafter he held the post of professor of engraving in medals at the National School of Fine Arts, and in 1948-1949 he was a lecturer at the School of Fine Arts in Cairo.  On January 17, 1942 he was elected member of the Academy of Fine Arts. 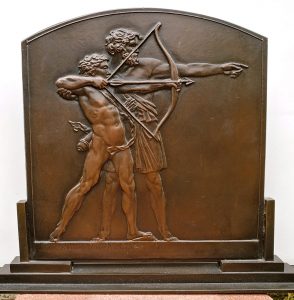