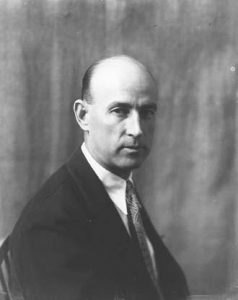 Born in Falmouth, Massachusetts, Aldro Hibbard was an Impressionist landscape painter much concerned with light and shadow.  He was one of the founders of the Rockport Art Colony, and the Rockport Art Association now occupies his former studio.  Hibbard grew up in Dorchester and Boston and spent much time in the summers in Boston and Cape Cod.  He showed early artistic talent, an interest he shared with a life-long love of baseball, which led to his becoming a professional baseball player.

For his art training, he graduated from the Massachusetts Normal School and studied at the Boston Museum School with Edmund Tarbell, Joseph DeCamp, and Frank Benson. In Boston from 1927 to 1929, he occupied Fenway Studios.

Hibbard won the Paige Traveling Scholarship to study abroad, though his travels were cut short by War Word I , and he returned to America in 1914.  In the early 1920s, he became a summer resident of Cape Ann and wintered in Jamaica, Vermont in the West River Valley.  There he painted many rural snowscenes including oxen pulling wagons, covered bridges, and sugar houses .  Much of his large body of work, concerned with light and shadow, depicts Vermont landscape, New England coastlines, and the Canadian Rockies. From 1915, he was also an instructor in the Art Department of Boston University.

Source:
Michael David Zellman, 300 Years of American Art
Peter Falk, Who Was Who in American Art 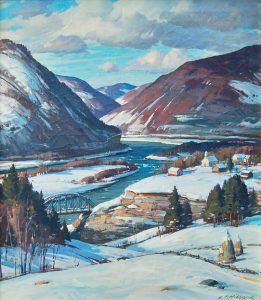