Levitt studied at the Imperial Academy in Petrograd, Russia.  Also studied with Ilia Repin at the Odessa Art School.  He came to the United States in 1917, exhibited at the Pennsylvania Academy of Fine Art, The Salons of America, and the Broadmoor Academy in Colorado Springs, CO. 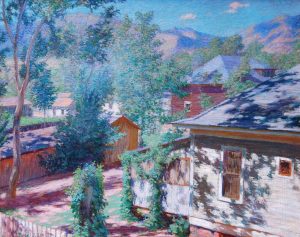