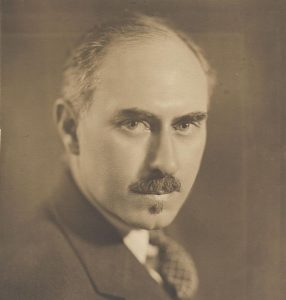 Jonas Lie was a prolific painter, known for his coastal views of New England and New York scenes.  He became the president of the National Academy of Design from 1935 to 1939, a year before his death.  Lie was also known for a series of paintings of the last days of construction of the Panama Canal in 1913.  These paintings were given to the United States Military Academy at West Point, in memory of General Goethals. His most award winning work from this series, The Conquerors, Panama Canal, now hangs at the Metropolitan Museum of Art.

Lie was born in Moss, Norway to an accomplished Norwegian engineer and an American mother.  Named after his uncle, a novelist and close friend of Henrik Ibsen, Jonas went to Paris to live with his uncle in 1892, after his father’s death. Surely it was here, the twelve year-old boy was influenced by the creative spirit found in his uncle’s home.

In 1893, Jonas moved to New York City, where he took evening classes at Cooper Union, the National Academy of Design and the Art Students League while working designing fabric patterns for a textile company to raise money to support his education.  After the completion of his education, Lie spent most of his summers along the New England coast and Canada. Here he would paint bright, impressionistic harbor scenes and rocky, coastal views, which he would exhibit regularly.

The landscapes and coastal paintings Lie created in New England can be characterized by a facile, broad handling of pigment and an impressionistic sense of light and air.  Lie once stated:

“Color is the chief medium through which we attain pictorial expression; but color must be interpretative, not imitative. In order to produce lasting work, the actual, visual impression we derive from nature should be less forceful, less vivid, than the accompanying mental impression. I do not want to attempt voluntarily to symbolize nature, but in portraying nature to impart a sense of what is within and what is beyond.” 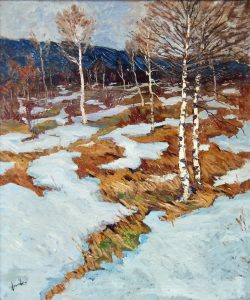