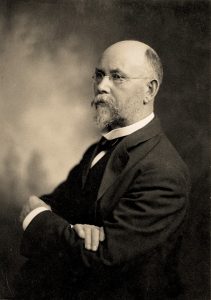 Known for his Tonalist-style landscape paintings, John Francis Murphy was referred to as the “American Corot” because of his similarity to the painting style of Camille Corot (1796-1875), one of the original Barbizon painters in France.

Murphy was born on December 11, 1853 in Oswego, New York.  Completely self-taught, he kept his studio for many years in New York City.  His work was first exhibited at the National Academy of Design in 1876, where he was inducted eleven years later.

He won numerous prizes, medals and honors for his landscape paintings, which are said to rank with those of George Inness, Alexander Wyant, and Homer Martin. Although his world was a limited one, his landscapes captured the forms of nature and the subtle nuances of the scene. 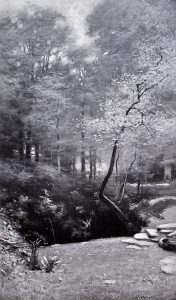