Dennis Sheehan, born in Boston in 1950, is a member of the Guild of Boston Artists. His work is in major public and private collections., including the White House. Sheehan paints in the Barbizon mode with remarkable authority and faithful adherence to his 19th century precursors. In the tradition of the Tonalist painters, Sheehan creates landscapes of mood, affected by nature’s changing seasons.

“Today, in a cultural firmament that has been defined as Postmodern, a new generation of American painters is returning to the old landscape seeking a renewed vision.  The cultural strategies that they employ are as diverse as any from the past; in most cases, these painters consciously strive to enter into a dialogue with the history of the White Mountains art.  Their work, grounded in a sophisticated appreciation of what has come before, is in many cases deliberately discursive with a tradition that has been all but erased twice by historical and cultural forces.”

The contemporary work of Dennis Sheehan, for example, affords a great nineteenth-century-predecessor George Inness.  Like Inness, whose influence is consciously acknowledged, Sheehan employs the dark palette and thickly pigmented surfaces of the French Barbizon School*. Maintaining a muted tonalist chromatic scheme, Sheehan, like Inness before him, has temerity to eschew picturesque scenery-his Conway Meadows avoids any reference to the traditional climax view of Mount Washington—in the interest of evoking atmospherics* and the appearance of the natural world as it is observed.

Optical truth combined with poetic resonance—the search for some ineffable quality of nature beyond words -constitutes the probity of his art. Yet, also like Inness, Sheehan’s paintings are produced in the studio. His work is the product of the conscious distillation of prior imagery ranging from the American Barbizon to the abstractions of Franz Kline. For all of the references to history—and there are multiple—there is no mistaking the artist’s debt to the more recent past. Without the legacy of action painting, Sheehan’s art would be less forceful and evocative than it is.”

“My goal is to have the painting emanate light, rather than be just a surface that records the reflections of light. This is why the shadow areas are important, for it is from them that this emanation proceeds. The light areas are focal points of this effort, but the power comes from the shadows.” – Dennis Sheehan 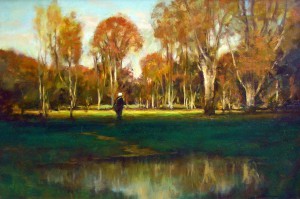 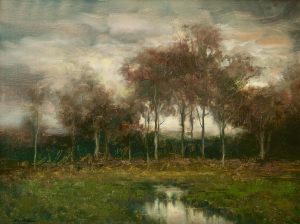 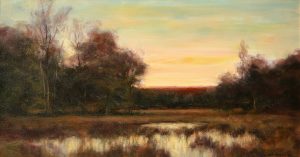 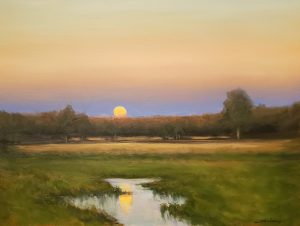 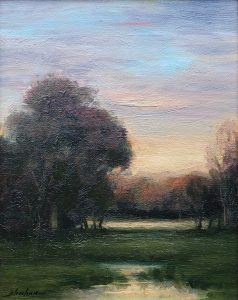 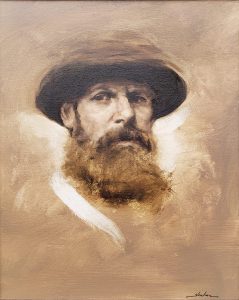 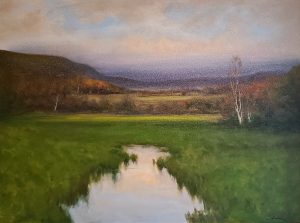 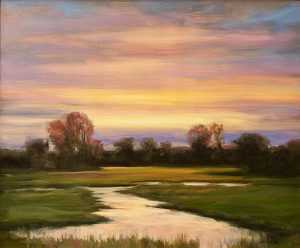 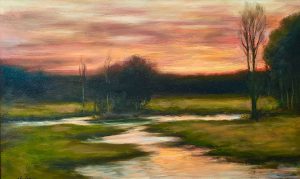 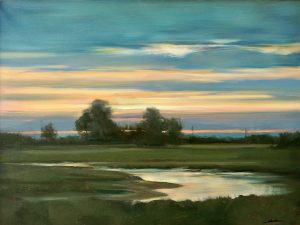 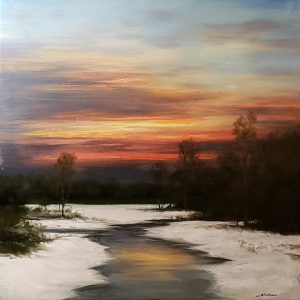