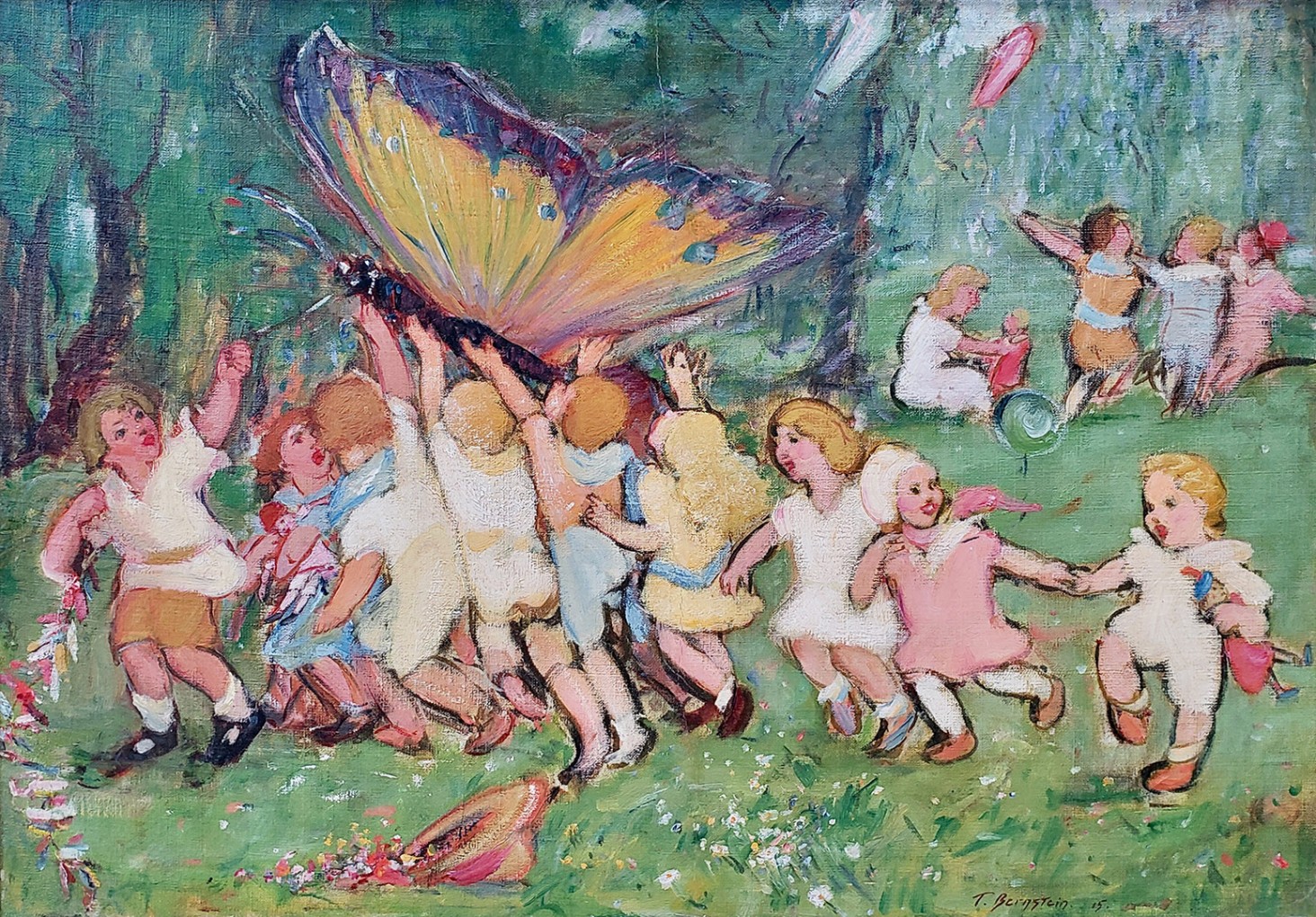 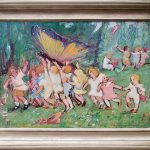 Theresa Bernstein was born in Philadelphia. She received her art education at the Philadelphia School of Design for Women (now Moore College of art) moving to New York City in 1912 and continued her studies in the studio of William Merritt Chase at the Art Students’ League. In 1919. she married a fellow artist William Myerowitz and together they met and exhibited with many of the wonderful realists of that exciting era including Robert Henri, John Sloan, Edward Hopper, William Zorach, Milton Avery and John Marin.

A superb colorist and dynamic draftsman, Bernstein captured the energy of the urban scene and the humanity of its diverse population. “The important thing is to maintain the vivacity of your first impression, ” she explained. Decade after decade, she chronicled life around her. Her work was frequently cited as masculine by the critics and sometimes distinguished artists who chose paintings for exhibits were surprised to learn that the work they had admired had been painted or etched by a woman. Bernstein may have added to the confusion by sometimes signing her work with her last name only.

Bernstein was a tireless exhibitor. There were many one-person shows in New York including the Museum of the City of New York and Grand Central Galleries. A member of the Philadelphia Ten, her works were in many exhibits, among them, the National Academy of Design, National Association of Women Artists, Audubon Artists and Allied Artists of America and consequently she received a steady stream of prizes.

Her work is in the permanent collections of the Metropolitan Museum of Art, the Museum of the City of New York, Brooklyn Museum, Chicago Art Institute, Library of Congress, the Smithsonian and the Tel Aviv National Museum in Israel.